CFPB is collecting key metrics from banks on the consumer impact of their overdraft and NSF practices.

KPMG Insights. The regulatory focus on depository practices, including overdrafts, fees, account holds and freezes, and complaints management is rapidly changing as greater emphasis is being placed on consumer protections and fairness. All financial services companies under CFPB supervision should anticipate increased potential for investigative letters, supervisory examinations, and enforcement actions related to overdraft and NSF fees as a result of its pilot “supervisory effort.” Consumer complaints will likely factor into the supervisory focus toward certain policies and/or practices as well as to individual entities. Though CFPB states the information gathered through the pilot exercise will not be made public, it does intend to share the information with other regulators. Financial services companies have a current opportunity to distinguish themselves by proactively re-evaluating their overdraft business models as well as working to increase banking access for their most vulnerable customers. Notably, many large banks have recently changed or eliminated their overdraft policies.

The CFPB announced that it has piloted a “supervisory effort” to collect key metrics and other information from select supervised institutions on the consumer impact of their overdraft and non-sufficient fund (NSF) practices. The CFPB states that twenty institutions were asked to provide data on the following five consumer impact metrics:

In addition, the CFPB sought detailed information on the institutions’ overdraft practices (see CFPB list of overdraft/NSF questions), including:

The CFPB states that it intends to use the information obtained to identify institutions for further examination and review, as well as to share with other regulators.

The pilot responds to the findings in two research reports that were previously released in December 2021 concluding that many banks rely on overdraft fees as a major source of revenue. At the time, CFPB stated that it would be enhancing its supervisory and enforcement scrutiny of banks that are “heavily dependent” on overdraft fee income. (See related KPMG Regulatory Alert.) 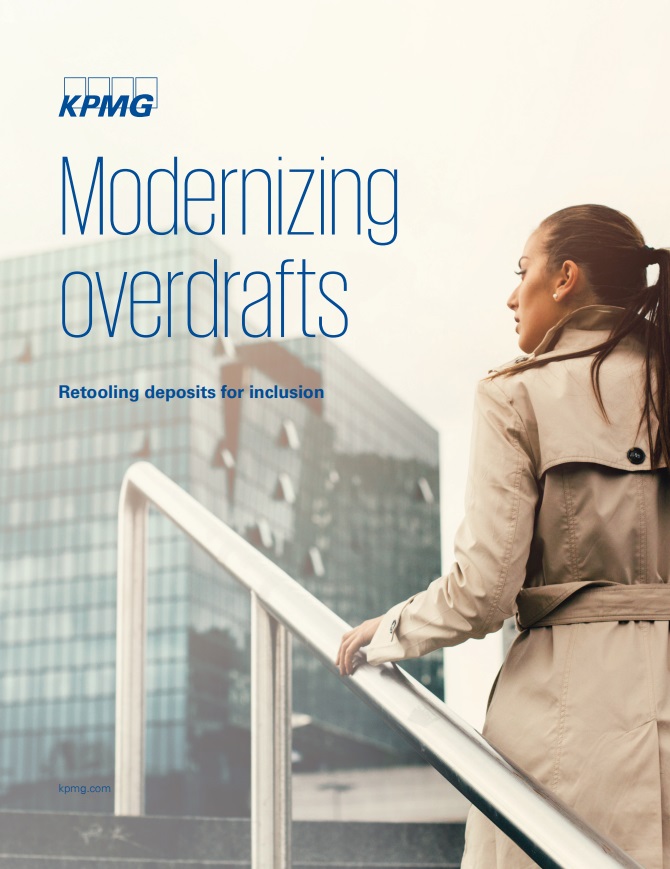 This new POV details key considerations around the shifts in the industry landscape and the associated potential compliance impacts, including with respect to expected regulatory changes under the current Administration.