What you need to know for a successful international SPAC deal

An article from the KPMG SPAC Intel Hub.

The boom in SPACs is going international. Having watched the phenomenon explode in the U.S. last year, investors in Europe, Asia and Latin America want a piece of the action. In Europe, Amsterdam and London are competing to become the region’s center for SPACs. Meanwhile, many U.S.-based SPACs are also looking abroad to make acquisitions. But crossing borders in a SPAC transaction raises unique challenges, starting with tax considerations. 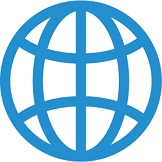 SPAC mergers are now firmly established in the U.S. as an alternative to IPOs. An active ecosystem of SPAC sponsors, targets, institutional investors and liquidity supports a growing market. Despite increasing competition for deals, most SPACs have found merger targets.

But as the U.S. market becomes more crowded, some SPACs are turning their eyes abroad for the following reasons: 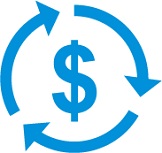 The design and structure of SPACs incorporate elements of U.S. corporate and tax law that may not fit neatly into frameworks in other countries. Addressing these differences at the time of SPAC formation will improve your ability to make a successful acquisition and help avoid surprises at the back end.

Key issues to consider include:

Location of incorporation of the SPAC

Controlled foreign corporation (CFC) rules may also apply to a non-U.S. SPAC and could affect founder shareholders who are U.S. persons.

Challenges during the cross-border SPAC merger

Different rules in different jurisdictions can make a fundamental difference to how a SPAC deal is carried out. For example, tax rules in a foreign target’s country may necessitate that it acquire the SPAC in a merger. Both sides should ask the following questions early in the transaction to avoid complications later:

Does U.S. GAAP or IFRS apply to a foreign target merging with a U.S. SPAC?

As SPAC deals move into international M&A markets, SPAC sponsors and target companies should do their homework on cross-border issues before entering into a transaction. SPACs were born and raised in the U.S., so foreign investors and targets will need to work with U.S. laws and adjust to U.S. market conditions. U.S. investors in a SPAC hoping to strike a cross-border deal must also pay close attention to differences in the corporate and tax regimes of foreign countries. Better cross-border understanding is a win-win.

SPAC insights: Cross-border challenges
For your convenience, this article is available as a PDF.

1 According to Securities and Exchange Commission rules, a company incorporated or organized under the laws of any country other than the United States is an FPI, unless the following conditions are met:

Is your acquisition strategy generating the organizational value you deserve?