Encouraging open and frank feedback is an effective way to display humility.

This paper is second in a series that explores how leaders can live and demonstrate four critical change leadership characteristics.

As we continue to navigate through these challenging and uncertain times, the value of leading through change with humility, curiosity, empathy, and resilience cannot be understated. In today’s world, however, humility seems to be a lost art. Leaders should not be expected to know everything and always show strength. Instead, leaders should build true credibility and trust by demonstrating vulnerability and humility. Nevertheless, balancing the need to display strength and confidence with ambiguity and vulnerability in a world of accelerating change and high expectations can sometimes feel impossible.

In this publication, we explore the importance of humility and when it should be put into action.

Building trust through humility
Encouraging open and frank feedback is an effective way to display humility.

Practicing what we preach: Humility in action

Watch former KPMG U.S. CEO and Chairman, Lynne Doughtie discuss why she values humility and how she put it into practice during her time as our company leader. 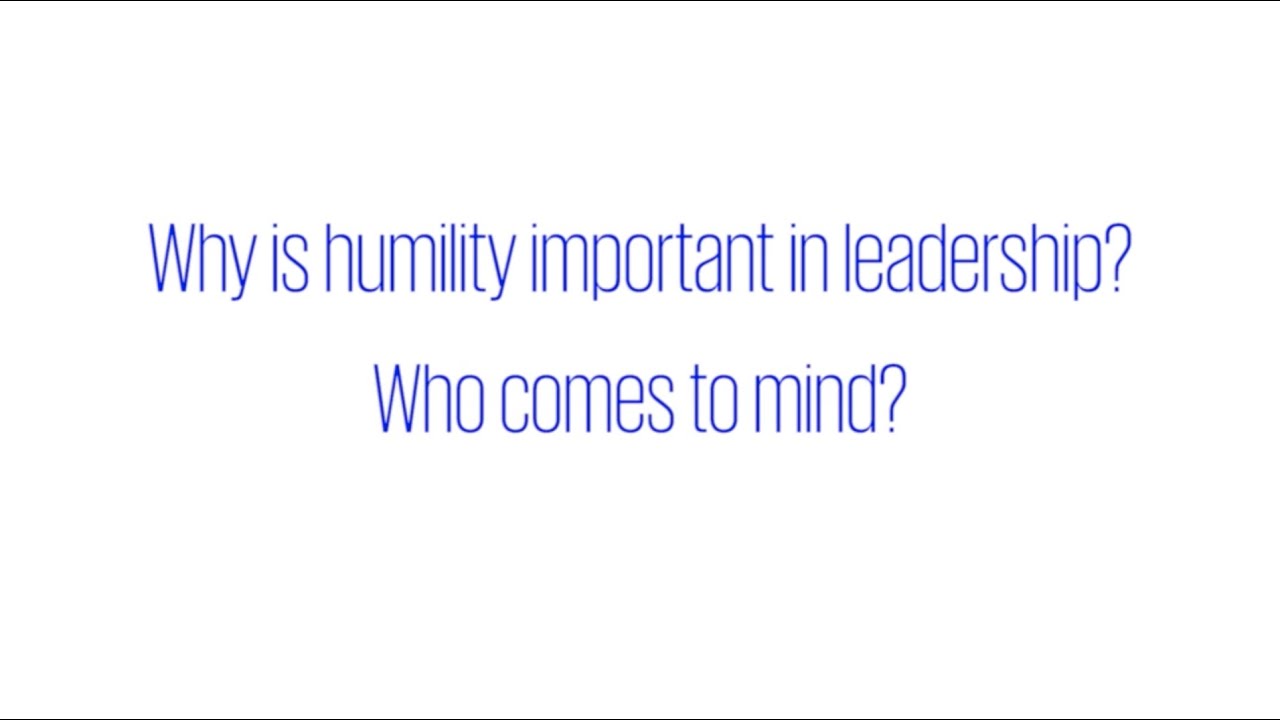 Practicing what we preach: Humility in action

Humility is a really important trait for leadership. Humble leaders create an environment where it is safe for everyone to speak up and share their point of view. I think it’s critically important in this day and age when the problems are so complicated. There’s not one leader who has all the answers, so creating that environment, a collaborative environment, is really important. And humility is critical for setting that context. I think also humility can be difficult as one progresses into leadership roles. By nature, we are self-centered beings, but particularly as you have more and more success, you have a lot of people around you telling you you’re doing these great things, it’s really important to check yourself and know that it’s not about you, it’s about the organization. I think that’s a really important concept to have in mind as a leader.

Share an experience of significant change—what role did humility play?

When I think of the last six months, I can’t imagine any leader not feeling a sense of humility. We’re facing some of the toughest challenges trying to keep your workforce safe with this global pandemic, also, the issues that have come to the forefront around racial equality and justice. These are some issues that are just really hard to solve.

It has, for me, certainly humbled me particularly dealing with the early days of COVID-19. I can remember us back in March 2020 trying to make some... We had to make some decisions fast and things were changing so quickly. I remember one particular leadership meeting that we had, and we didn’t all agree, because none of us knew where things were going. We got to the conclusion one night, and I can remember sleeping on it and the next morning recognizing that that decision is not going to be the one that needs to carry us forward, getting us all back together just a few hours later and recognizing that we needed to make another decision around really shutting down, getting everybody in their houses, and keeping them safe.

And so when you’re in an environment like that, having an environment where people are free to express different opinions, is so critically important. I found that some of our finest leadership moments have been in these really challenging times, where you show your vulnerability, that you don’t have all the answers, but also instilling confidence that we’re going to stay true to our core values, and we’d get through it together.

How has humility been a part of your leadership journey?

As I’ve taken on more and more responsibilities over my career and my most recent role as CEO, you have to come to that with a humble spirit, and one that allows you to say, “Look, I’ve done these great things in my past that have gotten me to this role, but you still have more to learn.” I think it’s been really important. That doesn’t mean you’re not competent. I think sometimes humility can be seen as someone who is lacking in confidence or ambition. I think that’s not true at all, especially as you’re then transitioning out of a role, which I have recently done, and you’re passing the mantle on onto the person succeeding you. It’s important then that it’s not just about the person, it’s about the role, and it’s about the organization, and less about self and more about the big picture.

More in this series

More from KPMG on culture transformation

Subscribe to HR Real Insights to receive future articles via email as well as research, analysis, and events to help you position your enterprise for competitive advantage.

How do I lead in a new reality of business?

Disruption can be a catalyst. Meet the needs of both employees and leadership with a new and flexible workforce.

Change can benefit your business—depending on how you manage it. We can help you develop and sustain change initiatives.

Take an integrated approach to governance, structure, and program leadership for transformation programs.