The Human-Machine partnership: How technology makes us more efficient

The partnership between humans and machines means automation augments the human effort so we spend less time on things that don't require human intuition–and more time on the things that people do best and enjoy most. 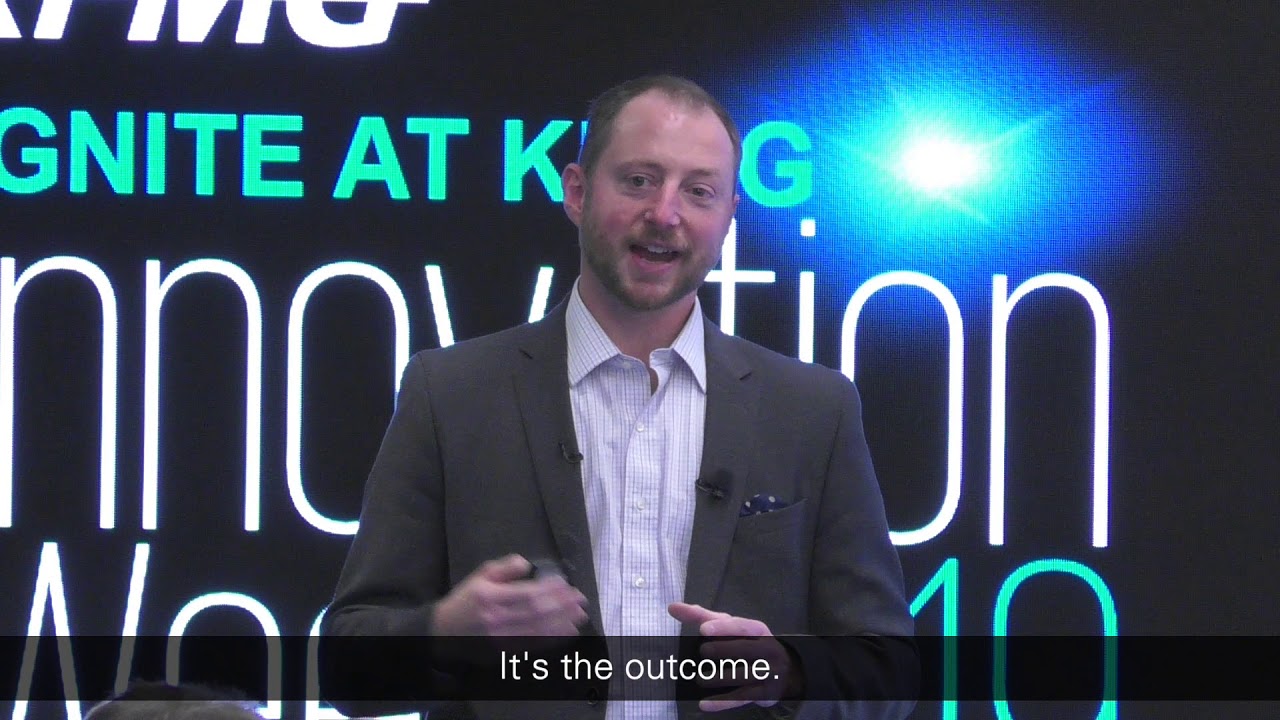 I think when we think about innovation, I think it's important to understand how far we've come in a short amount of time. When you look at this time that we're in today, it's essentially the fourth industrial revolution. I mean, you look back in the 1800s where you had the farmers out there with the manual plows and the advent of horses and steam allowed the farmers to work with those machines to produce greater crop yields. You think about electricity and the division of labor in the 1900s and how in the 1960s ATMs became, what many thought were a threat to the bank teller. But what that did, just like yielding more crops, the automation, the ATM actually yielded more jobs. Because those bank tellers could use their cognitive abilities to actually help upsell greater financial services to their clients. As a result, greater revenues to the banks and as a result, more bank branches opened, thereby leading to an increase in jobs.

Deb would come in, sit down at our computer like many of you. Log in. Then log into five different applications after that. Go get her tea from the break room, come back and start to open up one Excel workbook, then another, then another, maybe you open up another system and then open up three more Excel workbooks. And Deb's job for eight hours a day, sometimes, nine if she'd have to pick up the kids, was to look at excels cells back and forth, back and forth, maybe log into a system over here and download some additional data. Which by the way, was outdated data. It was about a week old, typically. And so when with that new data came in next Monday, she'd have to kind of restart on the things she's already done and retread where she's already been down that path. That was Deb's job to go back and forth between five to six different excel spreadsheets every single day and reconcile all these different items, all these different data fields.

She'd go home at night and come back and log in again and get her a cup of tea and sit back down and do it all over again. After a year's time, she got to 85%, after a year. And oh, by the way, Deb is a retired Navy captain. Think about the cognitive abilities that Deb has that she's essentially giving away to do these things that are essentially wrote mechanical that can be done through automation. That's Deb and I think many would relate to some of what Deb does every day. So then I'm going to talk to you about Bob. Bob has a similar routine, except Bob's a coffee drinker, he's not a tea drinker. Bob sits down at his computer after he gets his cup of coffee, logs into three or four different systems, pulls up Adobe and starts to rotate pages 90 degrees or even in some cases 180 degrees. All day with a team of other folks with him. To essentially make sure that the documents were in the right format so then the analyst could then review them out of the right folder.

Bob would do his thing, rotate his pages, go home at night, sit across the table from his spouse and say, “I got through 50 documents today. I rotated 50 documents 90 degrees, a couple were 180 degrees.” That was Bob's day. Think about again, the lack of cognitive ability it takes to do that. And why wouldn't we want automation to help Bob augment what he's doing? I think it's important to remember that this isn't about what Bob does every day with that particular application. It's the outcome. It's what are we trying to get to and how do we get Bob and Deb to be part of that future? When you think about it, large organizations are investing in their people. They're investing in their people because that's their greatest asset and their greatest asset has to embrace these technologies. A large telecom firm has recently undergone a huge investment to upscale 100,000 of their employees. Think about that, 100,000 of their employees will go through advanced training program to upskill them on automation and AI.

62% of CEOs believe that automation and AI will actually create more jobs than it will eliminate. Think about that ATM or think about the greater crop yields from that farmer. These are things that organizations are taking very seriously and investing in because we don't want Deb and Bob sitting there all day doing things that a machine could do or a piece of software could do. We want Bob and Deb to focus on the analysis, the cognitive things that they need to be doing. What is all this? What is AI? What does it really do for us? And I would argue that artificial intelligence is a bit of a misnomer. Some would argue it's a bit of an oxymoron, but I would say it's really about augmented intelligence because in any case, whether it's developing an algorithm, whether it's doing an automation, a human has to be involved.

And so what does AI really provide us? Well, I would argue it's three things. It's insights, augmentation and automation. Let's talk about insights. The amount of data that we have in our organizations, whether you're a government agency or corporation is unbelievable and untenable. To think about putting Bob and Deb on the job to go find all the data and do what they need to do is not sustainable. How do we use advanced analytics? How do we use natural language processing? How do we use machine learning to help comb through all of that data, whether they're in various siloed systems or with external organizations to get us the insights we need as executives and managers to make the right decisions for our organizations. AI helps us with that through providing those insights.

What else does AI do? It augments what we do. For example, if you're in a call center, the call center rep will have about five different screens. For those of you who've ever run a call center or been in a call center, it's a very fast paced environment because you're trying to answer that call quickly and with satisfaction to the customer. Well, nine times out of 10 that call center rep has to log into all these different systems and query all these different systems. There's augmentation opportunities there to have say a cognitive agent or a chat bot actually do call center assist or robotics process automation actually integrate a lot of that data at the presentation layer to help that call center agent augment what they do and provide faster customer service. Again, tools like RPA, NLP, Chatbots can help augment what that individual is doing. That's augmentation. It's that farmer bringing in that that horse or that steam tractor to augment what he's or she's doing.

What I want to do is tell the story about a client that we've supported. It's a very large oil producing state. That's all I'll say there. Their job, this particular agency within that state, their job is to essentially bring in the payments for drilling on leased land, state owned land. And the challenge they have is that they've only got a number of examiners on staff to be able to look at all this data from all the different oil and gas companies that are submitting payments. They've maybe got five examiners for I would call millions of records that they need to sustain. They're doing a sample approach, they're looking at, well, last year we looked at this oil and gas company, they looked okay, so this year we're going to look at this one, but we can't look at the whole thing.

There's legislative caps on hiring, there's folks retiring out of this agency, it's tough to hire. It's a very dynamic environment from a workforce perspective. So how do we augment and provide insights to get the better value out of this data? What we did is we partnered to put together an intelligent automation artificial intelligence solution as well as predictive analytics to essentially augment the workforce. And why was this important? The royalties that come in from these oil and gas companies directly fund the educational systems of this state. Every dollar that we obtain through that organization is immediately funding schools and educational systems. We are actually having a societal impact through AI. We put together a solution based upon the fact that we've got all this data coming in from disparate sources. We've got geospatial data to pull in things that a human normally wouldn't be able to process, we pulled together with advanced analytics, machine learning, natural language processing, and RPA.

Think about the impact that we would have just by applying technology to a human problem. Not enough people to do the reviews, legislative caps, challenges in trying to get through all the data. Moving from a sample approach to an entire population allowed for this impact. What does this all mean? Why are we talking about this today? I would argue that it's not about reduction in force, it's not about trying to plug in AI because we want to do it for the sake of AI. It's really that partnership with a human and machine. And how do we as a society and as executives and leaders in our organizations embrace that technology knowing that the future is human? It is a human and machine partnership, and so we as humans should be doing more of the cognitive and less of the mechanics. Thank you.

Welcome to KPMG in the Chesapeake

Discover how KPMG successfully serves our clients, our employees, and our communities.
More

Innovation in the Chesapeake

Innovation isn’t just another service KPMG provides, it is a part of who we are. Our fresh thinking and emerging technologies, coupled with vast experience, makes us uniquely qualified to solve your business challenges.
More

KPMG’s thought leaders offer their expert insights, advice, and assistance on the challenges we encounter in today’s ever changing business landscape.
More