Is goodwill amortization making a comeback?

Should goodwill be amortized? The two Boards are deliberating whether goodwill amortization should be reintroduced to replace the impairment-only model.

While revisiting this question, the International Accounting Standards Board and the FASB received feedback that the impairment-only model for goodwill is costly and complex and failing to provide users with sufficient and timely insights into the performance of an acquisition. The IASB® Board recently shared its preliminary views1 with a small majority of its members against reintroducing amortization of goodwill, and will seek additional feedback in the upcoming months. Meanwhile, the FASB concluded its first outreach last fall and has not yet shared any preliminary views.

This question has long perplexed the accounting profession, so much so that goodwill is best understood as what it is not rather than what it is.

Acquired goodwill is recognized in business combinations as the excess of the consideration transferred for the business over the fair value of the identifiable assets and liabilities acquired. Goodwill generally arises because an acquirer is willing to pay for future economic benefits, such as future synergies or existing resources (e.g. a skilled workforce), that cannot be recognized on the balance sheet as separate identifiable assets.

Some are of the view that goodwill should be amortized (or even written off immediately) because it is a wasting asset and doing so would reduce cost, complexity and address concerns that goodwill is overstated. Others believe it represents generations of future assets and cash flows and does not deteriorate in value unless expectations change; the latter therefore support an impairment-only approach to subsequent accounting for acquired goodwill.

Under current guidance in IFRS® Standards2 introduced in 2004, acquired goodwill is subject to impairment testing at least annually. Previously3, goodwill was amortized over its useful life with a rebuttable presumption that its useful life did not exceed twenty years.

In 2013 the IASB Board performed a Post-implementation Review4 of its business combinations guidance5, and many preparers of financial statements suggested reintroducing the amortization of goodwill. They noted that the current impairment test is complex, time-consuming, expensive and involves significant judgments – especially in determining the assumptions used in the value-in-use calculation and in allocating goodwill to the cash-generating units.

Users of financial statements observed that impairments are recognized too little and too late; as such the impairment test ends up being of confirmatory rather than predictive value (future use). The effect of ‘shielding’ was especially criticized. Shielding effect arises because internally generated goodwill and other unrecognized assets within the cash-generating unit tend to offset potential impairment losses on recognized goodwill. Participants also noted that the separate recognition and valuation of some intangible assets can be challenging.

In response to the feedback, the IASB Board researched and concluded that it was neither possible to significantly improve the impairment test nor design a test that would target the acquired goodwill and reduce the effect of shielding.

Given the inherent limitations of the impairment test, the IASB Board considered a simpler alternative to be the reintroduction of the amortization model. Amortization would reduce some pressure from the impairment test and potentially simplify its execution. Such a systematic reduction of the carrying amount of acquired goodwill would also address concerns of those stakeholders who believe that it tends to be overstated.

When issuing IAS 362 in 2004, arguments for an impairment-only model included that:

Supporters of retaining the impairment-only approach assert the same arguments considered in 2004. IASB Board members supporting this approach continue to say that the purpose of the impairment test is appropriate – namely, to ensure that the carrying amount of acquired goodwill is recoverable from the cash flows of the cash-generating unit that it jointly helps to generate.

What are the IASB’s preliminary views?

The IASB Board is exploring whether companies can, at a reasonable cost, provide financial statement users with more useful information about the businesses they acquire. In its preliminary views, it proposes to retain the impairment-only model. However, given the small majority of IASB Board members supporting this proposal, the IASB Board is explicitly seeking stakeholder views on this topic.

Comparison with the FASB

The business combinations guidance was developed in a joint project with the FASB and is converged in many respects with US GAAP. Although the two goodwill accounting models are not identical, they are both impairment-only. Therefore, perhaps not surprisingly, the FASB has received similar feedback from its constituents about the costs and benefits of the existing guidance on the subsequent accounting for goodwill and the recognition of identifiable intangible assets in business combinations. For several years now the FASB has been looking into this area, aiming to simplify existing requirements.

In 2014 the FASB introduced accounting alternatives6 for private companies that allow them to subsume certain acquired intangible assets (e.g. customer-related intangibles) into goodwill. Goodwill can be amortized over 10 years or less, in which case the impairment test is simplified in addition to being trigger-based.

In 2016 the FASB launched a project to simplify goodwill impairment testing for all companies, while maintaining its usefulness. This is a two-phase project.

The IASB Board and FASB standard-setting processes on this highly debated issue are just beginning. The IASB Board is preparing a discussion paper, expected to be published in March 2020. The IASB Board plans to further engage with stakeholders to reach a definitive conclusion to retain the impairment-only model or to reintroduce the amortization of goodwill.

Companies should follow the Boards’ discussions to monitor potential changes to the guidance. Whether you are an ‘amortizer’ or an ‘impairer’, there still is time to make your voice heard.

1 Tom Scott, member of the IASB Board, discusses the Board’s preliminary views 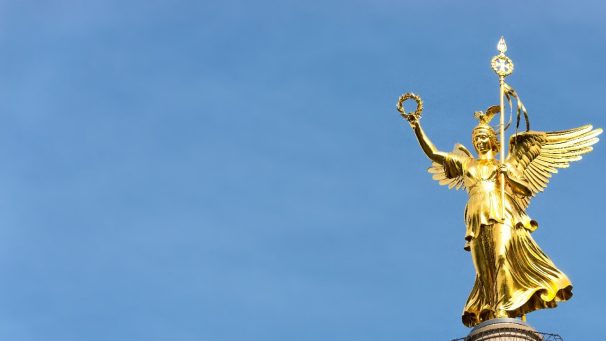 Amendments to classification of liabilities (IAS®1)