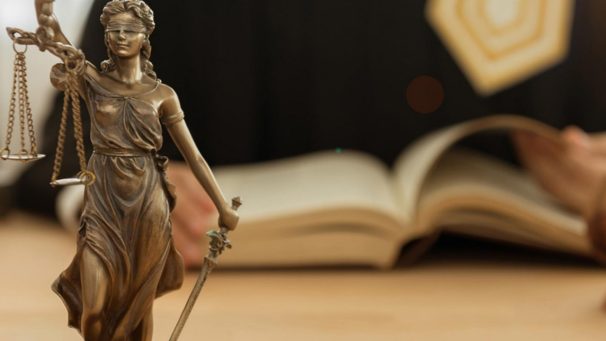 5 key things about the revised IESBA Code of Ethics

Revisions to the IESBA International Code of Ethics may impact you or your company.

The International Ethics Standards Board for Accountants has revised its Code of Ethics. The revised IESBA Code applies to all professional accountants (not just those in public practice), including some professional accountants in the United States. It brings new considerations and strengthens some requirements that potentially go beyond the AICPA Code of Professional Conduct. This includes how to react when facing threats to ethics and independence, how to assess whether gifts constitute improper inducements, responsibility over compliance with laws and regulations, and how long and in what capacities audit partners can serve their clients. This article discusses five revisions that could impact you or your company.

The IESBA is an independent standard-setting body that serves the public interest by setting robust, internationally appropriate ethics standards. The IESBA Code first and foremost formalizes the fundamental ethical principles of professional accountants, and also the related ethical requirements to be applied.

The Code provides a global benchmark that serves as the foundation for all IFAC1 member organizations (including the AICPA). For a multinational with a parent and/or subsidiaries in foreign jurisdictions, the accountants in those foreign jurisdictions may be subject to the Code. Your auditors are also subject to the Code if the audit is performed under International Standards on Auditing – and that may have an indirect effect on you and your company.

In 2018, the IESBA Code was restructured and revised in an effort to give greater prominence to the fundamental principles and to make the code clearer and easier to use and enforce. This article discusses the following five features of the revised Code that are important to all professional accountants, including those not in public practice:

1. General approach for addressing threats to ethics and independence

You may become aware of a situation that could lead to unethical behavior or you might identify some practice that could create the perception that you or your company is acting unethically. As a professional accountant, you have responsibilities to evaluate and address these threats.

The conceptual framework of the Code is a three-step approach to dealing with any issue related to ethics and independence.

Professional accountants should remain alert for new information and exercise professional judgment when identifying threats. The following are examples of threats.

Evaluating threats requires significant judgment and we expect in a lot of cases that this evaluation is not done in isolation. Higher level management, boards, audit committees and legal counsel (internal or external) may need to be involved in evaluating threats. Other times, the threats might be simple enough that they can be evaluated by one individual. Either way, the Code is relying on the professional judgment and commitment that all professional accountants have made to perform this evaluation.

The most obvious way to reduce a threat to an acceptable level is to eliminate the circumstances that create the threat. For example, a problematic loan could be repaid. However, eliminating the threat may not always be possible. In this case, threats are addressed by applying effective safeguards – e.g. limiting and tracking the use of corporate assets. The Code highlights that there are some threats that cannot be reduced to an acceptable level by just applying a safeguard, and those threats must be eliminated.

Professional accountants often engage in activities to build relationships with those whom they have business dealings, such as clients, employees and service providers. While those activities are generally for broadening relationships, they could also create the perception that they are meant to influence behavior, and professional accountants need to take great care they are not crossing an ethical boundary.

Inducements are objects given or actions performed to influence someone’s behavior. Examples of inducements include sending gifts, sports entertainment, vacation home usage, and even something as simple as lunches or dinners.

While all professional accountants need to be cognizant of what could be an inducement, not all inducements are improper under the IESBA Code.

The Code now includes a test that all professional accountants are required to apply. This test is used to determine if any inducement is provided with actual or perceived intent to improperly influence the recipient or someone else, such as a relative or close associate.

The test is qualitative and has no materiality limits. In all cases, however trivial, the professional accountant asks themselves: Would a reasonable and informed third party perceive the intent of the inducement to be improper? This involves assessing many factors, such as the value, frequency and timing of the inducement. As a result, judgment is involved in determining whether there has been an improper inducement.

3. Responding to noncompliance with laws and regulations

The IESBA’s ‘Responding to Non-Compliance with Laws and Regulations (NOCLAR)’ addresses the responsibilities of all professional accountants when encountering identified or suspected instances of noncompliance with laws and regulations. The NOCLAR standard has been effective since 2017. However, it has been officially incorporated into the IESBA Code through the recent revisions.

Special emphasis is placed on the responsibilities of professional accountants in business who are in senior-level roles, such as an officer or director of a company. A professional accountant may become aware of identified (or even suspected) instances of noncompliance with laws and regulations that require further action.

Examples of areas covered by NOCLAR

Even if an instance of noncompliance is immaterial to a company’s financial statements or internal control over financial reporting, a professional accountant may have further actions to perform if actual or potential significant harm might be caused to investors, creditors, employees or the general public due to the noncompliance.

In addition, while clearly inconsequential matters are excluded from the scope of the NOCLAR guidance, it may be difficult to come to that conclusion without the involvement of others in management, the board, the audit committee, forensic accountants or legal counsel (internal or external).

Make sure to know your next audit partner before your existing audit partner starts their cooling-off period. For public interest entities,4 the amount of time an audit partner can act as the lead audit partner on the audit of a company is seven years and is unchanged from the previous version of the IESBA Code.

However, what has changed is the extent to which management can interact with the previous audit partner during this cooling-off period, and also the amount of time that partners must remain disassociated from the audit client before they can assume another key role for the audit. Also, these time limits (and cooling-off periods) apply to an audit partner responsible for significant judgments and decisions on a significant subsidiary, even if that subsidiary is located in a jurisdiction where the IESBA Code is not mandated, such as the United States.

The following table shows the amount of time a partner must remain disassociated from an audit client and its management.

The interaction that management will have with the prior audit partner is limited because the partner is prohibited from:

Lead audit partners are allowed to provide assistance to the subsequent lead audit partner, but are limited to discussing work and conclusions from the last year of the partner’s time-on period.

The restructured and revised IESBA Code becomes effective June 2019, but certain provisions already are in effect. Most notably, the partner rotation and cooling-off requirements became effective December 15, 2018, and the requirements related to identified and suspected NOCLAR have been effective since 2017.

Other currently active projects that could result in future revisions to the IESBA Code cover:

Stay alert as drafts of these potential amendments could be issued for public comment as early as September 2019.

2 The types of threats to be alert for include self-interest, self-review, advocacy, familiarity and intimidation.

3 In addition to independence, the fundamental principles for which professional accountants assess threats are objectivity, integrity, confidentiality, professional competence and due care and professional behavior.

The new accounting requirements for financial instruments impact all companies, not just banks.

The new accounting requirements for financial instruments impact all companies, not just banks.

Accounting for legal claims: IFRS compared to US GAAP

IFRS and US GAAP have many subtle differences when accounting for provisions (loss contingencies) for legal claims.

IFRS and US GAAP have many subtle differences when accounting for provisions (loss contingencies) for legal claims.