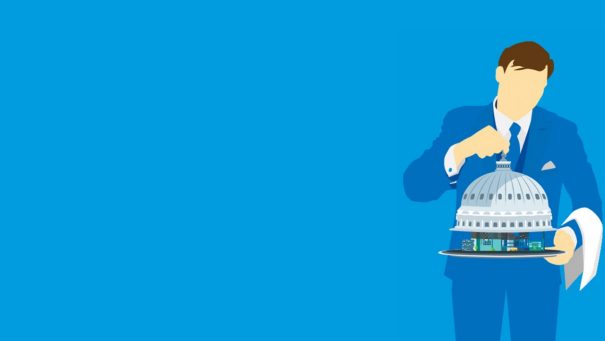 The rising expectations of constituents

Innovations born in the private sector are making voters expect more from their governments.

Against a backdrop of technological change not of their own making and beyond their control, governments are under increasing pressure to improve their constituent services, according to Dave Wolf, a Managing Director at KPMG Advisory.

“New technologies are coming out at a pretty dizzying rate,” Wolf says. “As an example, a year ago, we didn’t talk to computers all that often. Today, it’s become—at least in my house—super-common.”

Each morning in his Washington, D.C. home, Wolf asks Amazon’s Alexa personal assistant, “Alexa, ask DC Metro for the status of the Friendship Heights Station.” But that feature wasn’t built by DC Metro or even Amazon; it was created by a private developer using publicly available data about the rail system.

It’s an example of how new technology introduced by the private sector has created new expectations among constituents. “Government entities are really under a lot of pressure to react to this rising expectation. It’s going to be a struggle for a lot of governments to adapt to that way of thinking,” Wolf says.

That pace of technological change means governments can’t plan more than three or four years ahead, says Viral Chawda, a Principal for Data & Analytics at KPMG. There are three ways in which constituent services will change over that period of time, according to the consultants. Bloomberg data and insights about government operations—prepared independently of KPMG—support their contentions. Here’s how constituent services will change in the near term, and the practical steps governments can take today to prepare for that future.

Governments will need to deliver new services much faster

“I think the idea of the large IT department within the government that provides one software release every 18 months is going to have to change,” says Wolf. “Governments are going to have to deliver with the velocity that their commercial peers do,” using incremental software development methods to effect what is known as “agile development.” That pressure will stem, in part, from a race to earn new revenues.

By offering an app that includes transit data, the company creates expectations among constituents that governments will do the same, the consultants say, who point out that governments could profit from such an app. “Citymapper knows how many people are on which train, how long they stayed on those trains, where they got off and where they went to next. The subway system loses a ton of incredibly valuable data that they could be selling to third parties,” Wolf says.

Transit systems could also be using that data for its own purposes, Chawda points out. The data can help systems plan for dynamic pricing that changes based on the time of day, or put the right ads on screens in major stations at the right times, depending on the demographics of riders passing through.

At the federal level, there is evidence that agencies are pushing to develop software in a more incremental manner.

“If any of these subway systems don’t release high-quality digital experiences to help constituents navigate the system, somebody like Citymapper will,” Wolf says. Citymapper, a website and app, enables users to navigate their cities in real time, and offers users popular features that set it apart from a typical government-built app.

Launching programs to gather data to sell to third parties is still rare, but some governments are taking a step in that direction by gathering data to provide for free to the public and to improve their own services. For instance, Scottsdale, Ariz.—one of 90 cities in Bloomberg Philanthropies’ What Works Cities initiative—has launched an open data portal [Link around “open data portal” http://data.scottsdaleaz. gov/] that features 40 data sets about city operations. It’s used the data to move a firehouse so it can respond faster to emergency calls; to adjust trolley and bus schedules and routes; and to determine where new traffic signals should be located, among other benefits.

IT strategy and operating models

With technology driving the business strategy, companies must rethink how they approach IT to attain sustainable growth in the ever-changing marketplace.
Insight

The rising expectations of constituents