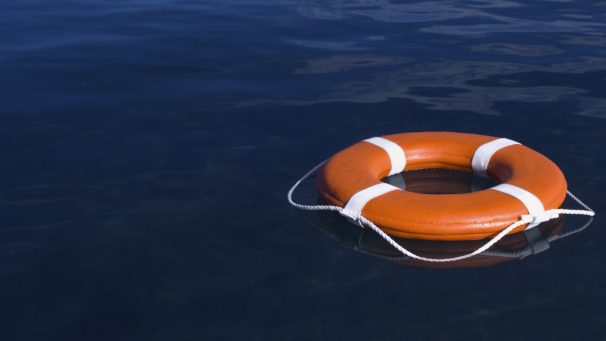 First, an unprecedented number of blockbuster drugs came off patent over the last decade, and manufacturers were not able to pump out new drug innovations fast enough to replace them. The result was that sales and profit growth for most major pharmaceutical companies fell from double digits to low single digits. Although many masked these growth woes with aggressive M&A activity and consolidation, coupled with significant year-on-year price increases for blockbuster brands in the United States, the overall outlook was disheartening.

In the interim, there has been some good news: Pipeline productivity returned with regulatory approvals of new molecular entities (NMEs)

that equal, or even surpass, launches during the boom times of the 1990s. The difference now is that most of these NMEs are specialty pharmaceuticals – medicines that target much more complex disease states with smaller patient populations than the blockbuster drugs of yesterday. And among these specialty drugs, nearly half are for rare or orphan disease populations, with another 25 percent for diseases that, while not necessarily rare, are complex enough to require management by sub-specialists within fields such as immunology, oncology, neurology, endocrinology, and cardiology.

The research and development for these drugs is astronomically high – an average of $2.6 billion per product, according to recent estimates. In order to recoup costs, manufacturers bring these drugs to market at a cost per patient that has skyrocketed from hundreds of dollars to tens of thousands a year. In oncology, it is now common to see the annual price of drug therapy surpass the $100,000 mark. And, in certain orphan disease spaces, the price point can be from $200,000 to $500,000. It is, therefore, not surprising that, although they represent only 12 percent of prescriptions, specialty drug sales account for 72 percent of total drug spending, according to the AMA.

Enter challenge number two: Historically the concept of unmet need trumped everything. Private and public payers were willing—or had no other option than—to pay high prices. The diseases being treated were so severe and patient numbers were so small that any single high-priced specialty therapy had only a minimal financial impact on the overall pharmacy budget.

In the current environment, this is no longer the case. With the explosion of hyper-priced specialty drug therapies, many of which are used as part of combination therapies targeting complex disease pathways, drug pricing has come under intense payer scrutiny. Payers have the leverage to exert downward pressure on pricing for drugs that were often under the control of physicians and hospitals. The reason for this change? Drug manufacturers tend to hunt in packs, i.e., follow scientific developments—often originating in academic labs and publicly funded research institutions—in parallel, and develop similar drug innovations within the same indications. This leads to multiple drug therapies within a single drug class that payers can choose from, even in rare disease spaces.

While this dynamic is not entirely new, the impending specialty drug budget crisis is causing payers to take more aggressive action on pricing in ways never imagined by pharmaceutical manufacturers. Payers are using competitive dynamics to garner discounts and rebates in disease states where contracting for volume was previously the rare exception. However, list price discounts are just the start. Payers in developed markets across the globe are increasingly using price control mechanisms, as allowed by their national healthcare policy frameworks, to force price cuts annually or whenever a drug is approved for a new indication. Further, payers are increasingly relying on versions of winner-takes-all contracting, awarding near exclusive access to the lowest-priced agents when efficacy is comparable.

When managing price directly isn’t possible, payers can in some cases limit access to therapies, even in disease spaces where physician preference was historically considered sacred. For example, some private payers in the U.S. now offer incentives to healthcare providers to favor certain oncology and immunology drugs. And, based on the guidance of medical community opinion leaders, payers of all types are even exercising their influence on the sequence or combinations of drugs used within complex treatment protocols.

These dynamics have awakened pharma players to the fact that the current approach to specialty pharmaceutical pricing is unsustainable. The days of demanding steep innovation premiums simply because a disease state was rare or complex are numbered or already gone. Most drug developers today recognize that the solution to payer scrutiny are pricing models that effectively and transparently connect drug prices to value. Of course, it is challenging to pursue new pricing models while continuing to offer beyond the pill or infusion services that patients and their providers need to improve outcomes. Unfortunately, introducing a more effective and transparent pricing model has, at least so far, proven challenging.

In order to help pharmaceutical manufacturers devise drug-pricing and patient-access strategies in such a challenging environment, this paper covers:

What manufacturers can do right now

Our hope is that this paper is a starting point from which organizations can take steps toward drug and healthcare pricing that offer fair value to all parties. From the manufacturers’ perspective, if there is more granularity of pricing for each indication, it is likely that drugs will be approved for more indications. From the payers’ perspective, achieving clarity on pricing will make it easier to fund high-value innovations, which in turn could drive good will for the industry. And for providers and patients, connecting drugs and treatments to particular conditions will generate valuable patient data that can be used to target underserved populations, create new drug innovations, and raise the quality of healthcare overall.