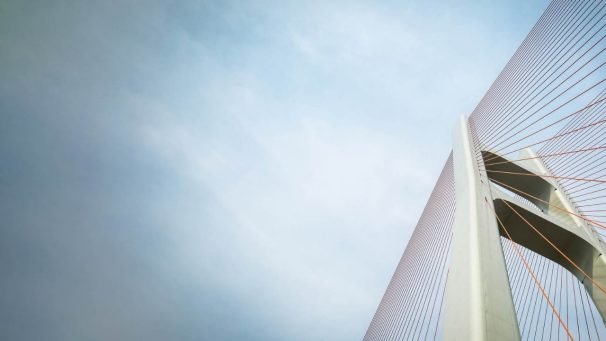 Broad but facing challenges on funding and implementation

Proposed to streamline the stifling bureaucracy, accelerate cumbersome permitting processes and expedite real-world results, the Legislative Outline for Rebuilding Infrastructure in America has finally been released.

Key to its successful implementation and sustainability, however, will be just how realistically individual states and municipalities can respond, knowing that the federal government is contributing just US$200 billion[1] to this 10-year program. To achieve the goal of US$1.5 trillion in infrastructure investments over the next decade, the bulk of funding to rebuild roads, bridges, waterways, energy projects, rural infrastructure, public lands and other projects would need to come from state and local governments or the private sector.

The new game-plan would significantly alter if not reverse the long-standing Federal public policy of Washington contributing most of the funding needed for national infrastructure priorities, instead requiring states, municipalities and private investment to ante up as never before. Here are highlights of the infrastructure proposal.


The US infrastructure program at a glance

Rural Infrastructure Program – US$50 billion is earmarked for rural infrastructure needs and challenges, primarily offering states a block grant formula to spend as they see fit.  States can petition for additional funds based on performance criteria.

Transformative Projects Program – US$20 billion would be dedicated to funding ambitious, exploratory or groundbreaking projects proposed among key areas such as transportation, drinking water, energy, commercial space and broadband sectors.

Financing Programs – US$20 billion would go toward expanding existing financing programs such as TIFIA, RRIF, WIFIA and USDA Rural Utilities Service. The goal is to increase the capacity of federal credit programs to fund investments and to broaden eligibility for and use of Private Activity Bonds. The Transportation Infrastructure Finance and Innovation Act (TIFIA) program, for example, would be expanded to allow airports, ports and non-federal waterway projects to be eligible.

Federal Capital Revolving Fund – US$10 billion is to be set aside to establish a revolving fund to finance purchases, construction or renovation of federally owned property. This goal here is to make it easier for federal agencies to buy real estate needed for federal purposes, instead of relying on the more-expensive option of leasing.

Public Lands and Federal Assets – Proposed statutory changes here would direct revenue generated from public lands toward capital costs and maintenance needs related to infrastructure on public lands. It also allows for the sale or lease of federally owned assets.

Improving Infrastructure Permitting - Another central piece to this proposal is the call to expedite the federal permitting process for projects by creating a ‘One Agency, One Decision’ approval process. The goal? Reduce the permitting process to within two years by amending statutory provisions and eliminating redundancies between state and federal authorities. The Administration would also like to broaden existing authorities to delegate environmental review and permitting duties to the states.

The plan also addresses water infrastructure, calling for incentives to spur the development of infrastructure asset-management standards, procurement and life-cycle risk management, as well as new investment in the Inland Waterways system.

Reform of Veterans Affairs facilities is also on the agenda, expanding the VA’s authority to lease its vacant assets for commercial or mixed use and to speed its ability to handle facility renovations and improvements. Expanding eligibility for Superfund and Brownfield revitalization projects is also proposed.

What to expect now from congress and the states?

In summary, this infrastructure plan contains no real surprises from earlier leaked documents. It clearly aims to transform federal infrastructure funding, giving states and municipalities far greater responsibility, flexibility and decision-making authority while, ideally, speeding up the entire process. At the same time, no funding source has yet been identified for the US$200 billion in federal money being proposed for infrastructure.

Suffice it to say that this plan will require lawmakers to navigate a long and difficult road to success.  The challenge now is to think long and hard about what options and tools states and municipalities have available to them. Can those states and municipalities take on and sustain far deeper responsibility for funding much-needed infrastructure improvements? And what productive and profitable role can private investment make in the public interest?

As the Administration stated, this is just the beginning of the crucial infrastructure debate and we surely expect much animated dialogue ahead.

Will this be the roadmap that the country can finally support to kick-start the rebuilding of America’s infrastructure assets and save them from further deteriorating into crumbling liabilities?

[1] All dollar figures sourced from Legislative Outline for Rebuilding Infrastructure in America.