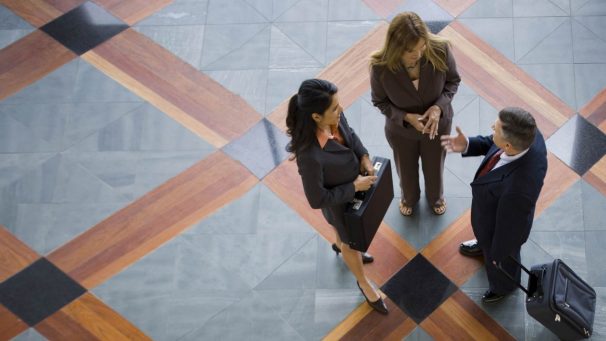 In recent years, there has been a significant increase in the usage of Representation and Warranty Insurance (“RWI”). This trend is not only driven by an increase in overall M&A activity, but also through buyers’ and sellers’ increased understanding of the benefits that can be derived from RWI. In a typical transaction, a buyer will usually require the seller to indemnify or hold a buyer harmless for losses resulting from breaches of representations and warranties the seller made in the purchase and sale agreement. RWI can provide benefits to both parties by transferring the transaction risk associated with certain indemnity provisions to a third-party insurer, thus eliminating or reducing the need for indemnity clauses. The elimination of these clauses, may speed up the closing process since a significant amount of time is usually spent negotiating indemnification provisions.

Both sellers and buyers can purchase RWI, and it can provide advantages to both parties. The most common type of RWI is a buyer-side policy where the buyer is the named beneficiary and the buyer submits claims directly to the insurer for transaction breaches made by seller. Despite the buyer being the named beneficiary of a buyer-side policy, both parties can derive benefits from such coverage. In a competitive bid or auction scenario, for example, a buyer’s decision to obtain RWI may distinguish its bid from a bidder who intends to negotiate and include a traditional indemnification in the sales agreement. Sellers derive value from the same type of policy because the proceeds obtained from the transaction are known much sooner after the closing date, there are limited or no indemnification provisions, and there is a cleaner exit for the seller.

Less common than a buyer-side policy, a seller-side policy provides coverage to a seller for its liabilities associated with claims brought by the buyer against the seller for breaches of representation and warranties. In this type of policy, the seller is the beneficiary of the policy and submits claims directly to the insurer.

Pursuing a claim against RWI coverage differs from pursuing an indemnity claim primarily in the way the claim is paid. Under an RWI coverage claim, an insurer would be responsible for paying the claim, whereas under an indemnity claim, the seller would be responsible for paying any adjudicated claims. In certain circumstances, this difference can provide a meaningful advantage to both buyers and sellers. For buyers, this type of insurance provides additional comfort on its ability to collect on a claim, particularly if there is a concern about the seller’s financial position post close, or even simply a practical concern such as collecting on a claim from a group of sellers. Additionally, an RWI policy may be more advantageous and strategic for a buyer if it has an ongoing business relationship post close with the seller. Pursuing an RWI claim with an insurer is obviously much less confrontational than having both parties litigate a complex indemnity dispute.

For a seller, an RWI policy can eliminate or reduce the amount of purchase price held in escrow for post closing claims. This allows for quicker distribution of the purchase price to sellers and/or their underlying investors. Additionally, losses a buyer may recover through an indemnity provision are often subject to various thresholds or capped at a certain dollar value, which was previously negotiated as a percentage of the overall purchase price. RWI coverage limits, however, may not always be directly tied to the purchase price, thus giving buyers the potential for a larger recovery than those available under an indemnification provision.

Common RWI claims include breaches of representations related to financial statements, undisclosed liabilities, inventory, accounts receivable, and taxes. A breach of the financial statement representation for example, may occur when an error is discovered post close that requires the company to restate a financial statement that was represented in the purchase and sale agreement to have been complete and accurate and/or prepared in accordance with GAAP. Additionally, if the financial statement breach was relied upon in deriving the base purchase price and the purchase price was a multiple of EBITDA, this error could potentially create damages based upon the same EBITDA multiplier. Another example of an accounting related breach may include the post closing discovery of an undisclosed liability, such as a seller’s failure to appropriately record a product warranty liability. KPMG has recently been involved in a number of claims assisting companies in quantifying tens of millions of dollars in losses related to breaches of representation and warranties.

While there are significant advantages to RWI coverage, there are specific exclusions that buyers of coverage should be aware of—some that are typical of most coverage offerings, while others may vary by policy and by insurer. For example, most coverage offerings exclude known breaches such as matters disclosed in the schedules of a purchase and sale agreement, as well as purchase price adjustment mechanisms, such as working capital. Additionally, policy coverage generally excludes matters that either occurred or were identified during the diligence period between signing and execution of the transaction. Thus, it is important for buyers and sellers to ensure that due diligence is conducted and issues identified are properly considered and disclosed prior to closing the transaction. Some RWI policies may exclude environmental representations and warranties, bribery and corruption issues, as well as liabilities related to product warranties. Exclusions often vary by insurer and by industry and may be subject to further negotiation or diligence by an insurer. As such, it is important for all buyers of coverage to carefully review the policy, including all exclusions to ensure the policy covers what they assume it does.

Both buyers and sellers should consider and understand the advantages of RWI insurance. Deals may be able to close more quickly and long-term relationships can avoid certain contentious issues. As with all deal points, buyers should conduct adequate due diligence and be aware of exactly how RWI insurance may help the deal and what issues are covered. However, RWI insurance may be another technique to improve the deal process and deal outcomes.

Are your transactions driving value? KPMG can help you reach your M&A goals.

KPMG Forensic works with organizations to help them in their efforts to achieve the highest level of integrity.