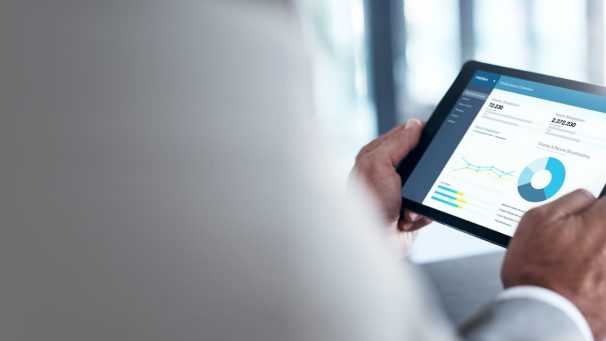 The accounting for foreign operations changes fundamentally when the economy it operates in is highly inflationary.

The accounting applied to a foreign operation changes fundamentally when the economy in which it operates is determined to be hyperinflationary (highly inflationary).1 This, coupled with accounting differences between IFRS and US GAAP, means that identifying hyperinflationary economies is an essential step in the financial reporting process of a multinational dual reporter.

Accounting for foreign operations is often complex. It first requires companies to establish and maintain processes and controls to ensure the consistent application of accounting policies and the correct treatment of intercompany transactions on consolidation.

International groups then have the additional task of translating the balances, results and cash flows of foreign operations into the presentation currency. This is particularly challenging when the foreign operation is in a (potentially) hyperinflationary economy, for two main reasons.

Both IFRS and US GAAP explicitly recognize that identifying hyperinflation requires judgment. But while the assessment methodologies are not aligned, in our experience, conclusions about the hyperinflationary status generally do not diverge.

IAS 29 lists five indicators of hyperinflation to be considered, along with any other relevant factors, when analyzing the economic environment of a country. One of these indicators is a cumulative inflation rate over three years approaching or exceeding 100 percent. However, this is not determinative and should not be considered in isolation.

US GAAP is sequenced in its approach; the assessment of a hyperinflationary economy follows a two-step methodology.

When dealing with countries in economic stress, even Step 1 can require judgment because there may not be a single, reliable general inflation index available for the full three-year period.
The IPTF2 has developed a process to identify and monitor country inflation statistics. Our experience is that historically, US GAAP and dual reporters often use the IPTF’s analysis as a significant reference point in their documentation.

However, this does not relieve management of its responsibility to perform its own robust assessment of potentially hyperinflationary economies under both GAAPs. Companies should also have appropriate controls in place to monitor such economies. As already mentioned, there are some differences in the IFRS and US GAAP approaches. Therefore, while the underlying data on the economy should be consistently used in both assessments, a dual reporter will need to demonstrate that its assessment complies with both approaches.

What to look out for at year-end

The country that has generated much discussion recently, and which is likely to be the most significant for US companies with foreign operations, is Argentina.

We understand that most, if not all, dual reporters reached the conclusion that Argentina would not require hyperinflationary accounting for both their US GAAP and IFRS reporting for the first and second quarters of 2017. This was based on an assessment of the drivers behind the available inflation numbers as well as the fact that other qualitative characteristics of the economic environment do not point conclusively to the existence of hyperinflation.

However, this is a highly judgmental assessment. There is no indisputable, consistent inflation index available, and the cumulative three-year inflation rates that can be derived from the available data are sufficiently high that any change in the other qualitative characteristics of the economy in the third and fourth quarters could be enough to conclude that Argentina has become a hyperinflationary economy.

Accounting for foreign operations in a hyperinflationary economy

For example, let’s assume that hyperinflation is identified in Argentina in the fourth quarter of 2017 under both IFRS and US GAAP. Hyperinflationary accounting would apply for all of 2017 and comparative periods under IFRS, whereas it would only begin for US GAAP in the first quarter of 2018.

In conclusion, as well as ensuring that there is a robust, IFRS- and US GAAP-compliant assessment of hyperinflationary economies, management with foreign operations in countries like Argentina and Ukraine needs to have the processes and controls in place that will allow them to switch between the ‘normal’ and hyperinflationary accounting models – recognizing that the hyperinflationary model under IFRS is different from that under US GAAP in both its transition requirements and its measurement methodology.